International conference: 'The Subject of Antiquity: Contours and Expressions of the Self in Ancient Mediterranean Cultures,' in collaboration with Hebrew University and the Israel Institute for Advanced Studies, spring 2018, Jerusalem, Israel

Workers, Slaves, and the Disenfranchised in Aristotle, spring 2014

International conference: Deciding Culture: Stobaeus' Collection of Excerpts, in collaboration with the Catholic University of Milan, Spring 2008, published with Brepols, 2011, as Thinking Through Excerpts: Studies on Stobaeus

Moral Perfection and the Exemplary Sage, year-long seminar in 2003-2004

Idealism in Antiquity, Spring 2002, published by the University of Notre Dame Press, 2006

Plato's Timaeus as Cultural Icon, Spring 2000, published as a collection of essays by the University of Notre Dame Press, 2003 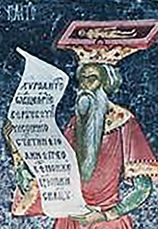